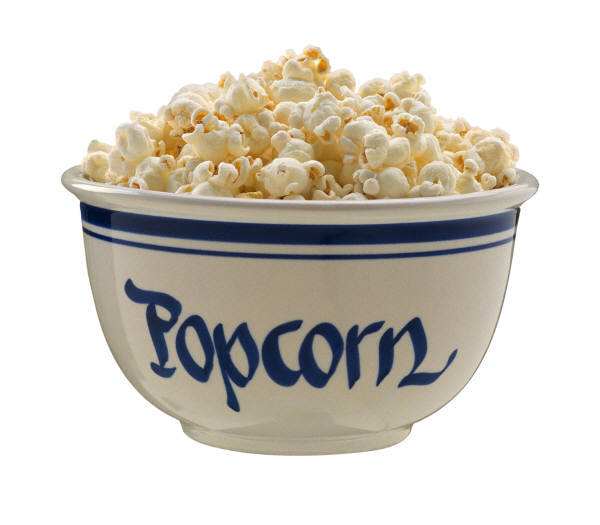 I love POPCORN!
I eat popcorn for dinner at least twice a week.  We have one of these magical inventions: 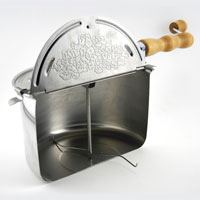 Which is called a Whirley Pop and yes, it's easy to make in a regular pot on the stove, this is a luxury for me to have this baby which helps make it better ALMOST every time.

I can't really do microwave popcorn these days, it's not natural and it doesn't taste as good as stove made popcorn.  Little oil, little salt, done.  Boom.

There are times I sprinkle Nutritional yeast on my popcorn.  I didn't believe it at first, but it actually tastes kinda like Parmesan cheese on there and it's super good for you.

The problem is I had to go to stupid Whole Foods to get the stuff and you know how I'm not a big fan of Whole Foods.  I always feel like they are waiting for me to say or do something incredibly stupid in there.  Which, let's face it, I usually do.  I dropped a whole watermelon last Summer, and I know they've had it out for me ever since.
﻿ ﻿
But I digress, this is about popcorn.  I truly think that  whoever first popped a kernel of corn should have a holiday named for them.  Sadly, I bet Mr. Popcorn Guy would get a lot more response than some of the other people we have holidays for.
I still get excited when they start popping.  Think about that for a second.  A tiny kernel of corn pops into a glorious pillow of deliciousness instantaneously in front of our eyes.  But if I open the lid and try to watch, as I have done 7,495 times, I get a hot splat to the face.  Doesn't stop me.  I think it's miraculous. Just you try to stop me from trying to watch that bitch pop.

I LOVE POPCORN.  And I'm not afraid to show it.  Is this too much? 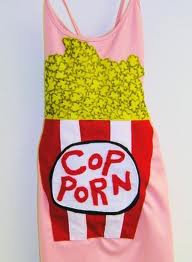 Email ThisBlogThis!Share to TwitterShare to FacebookShare to Pinterest
Labels: Things I Love Thursday